If i could take a look at this CD 100 , It has been repaired twice before to try to solve the problem , it was recapped and several IC where directly solder on the circuitboards ,

I found a wrong value 47µf instead of a 33µf 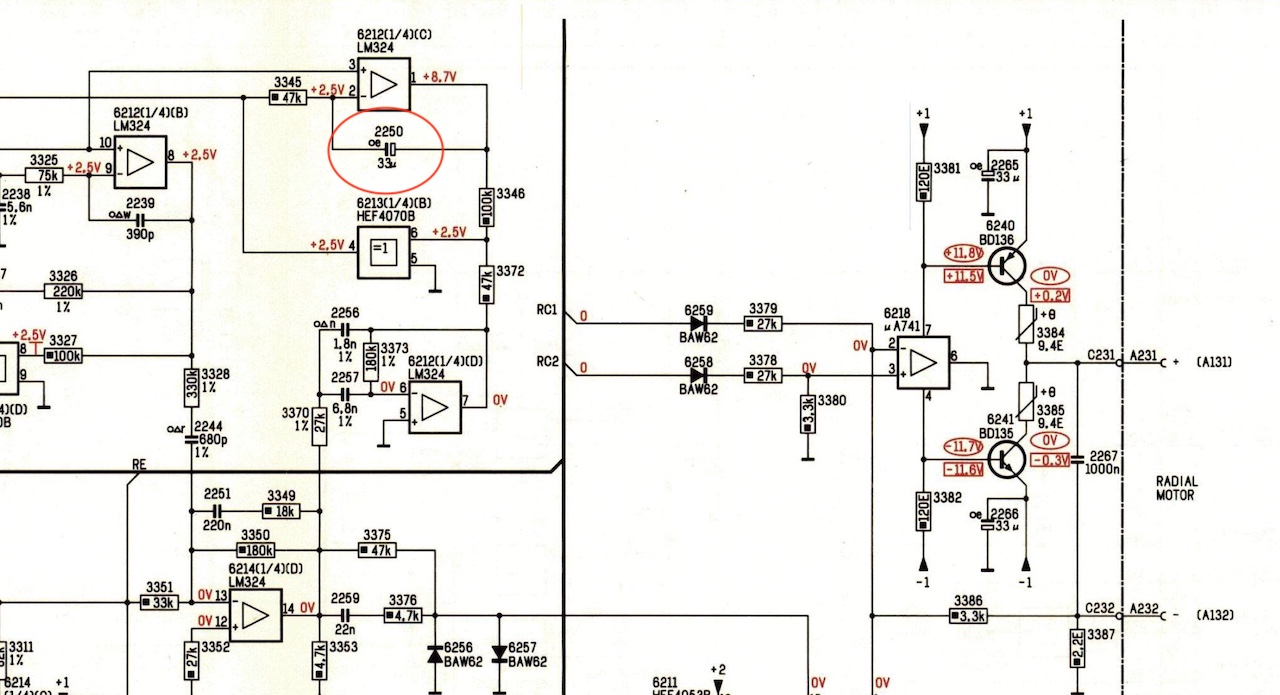 This nut was lose 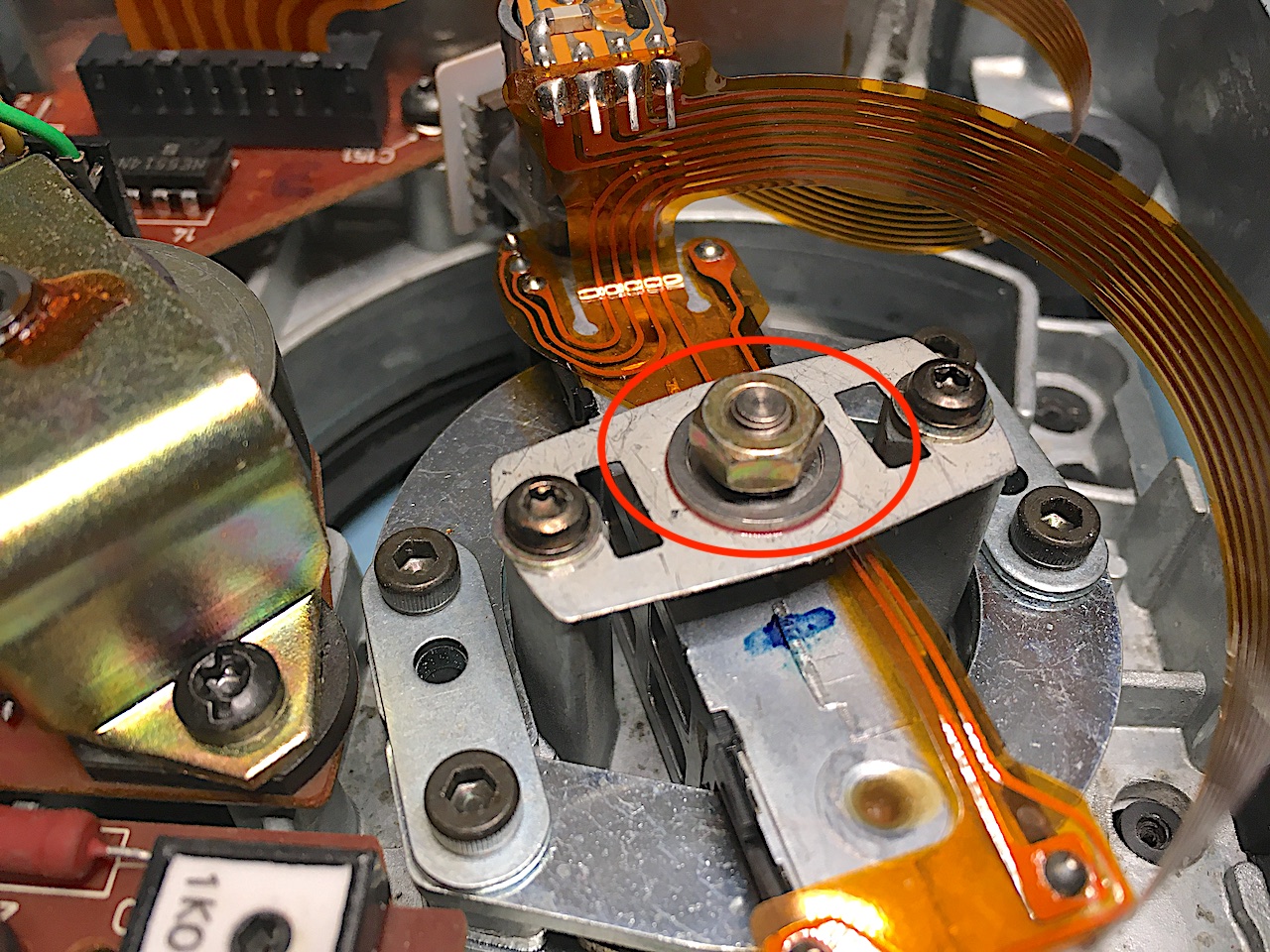 The playbutton switch had resistance off around 100 Ohm. After replacing switch button 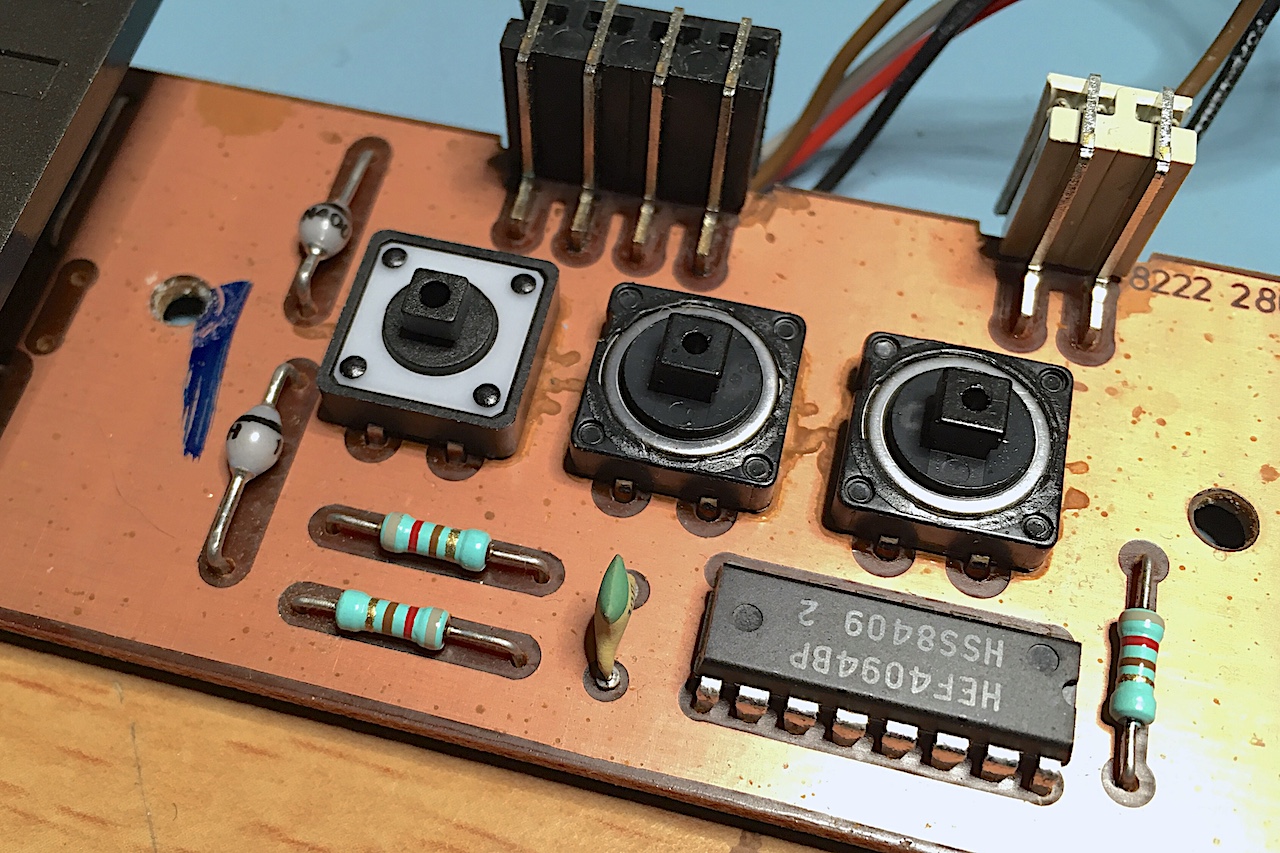 Also for me a unknown metal sheet on top of CDM-1 ..Never seen before 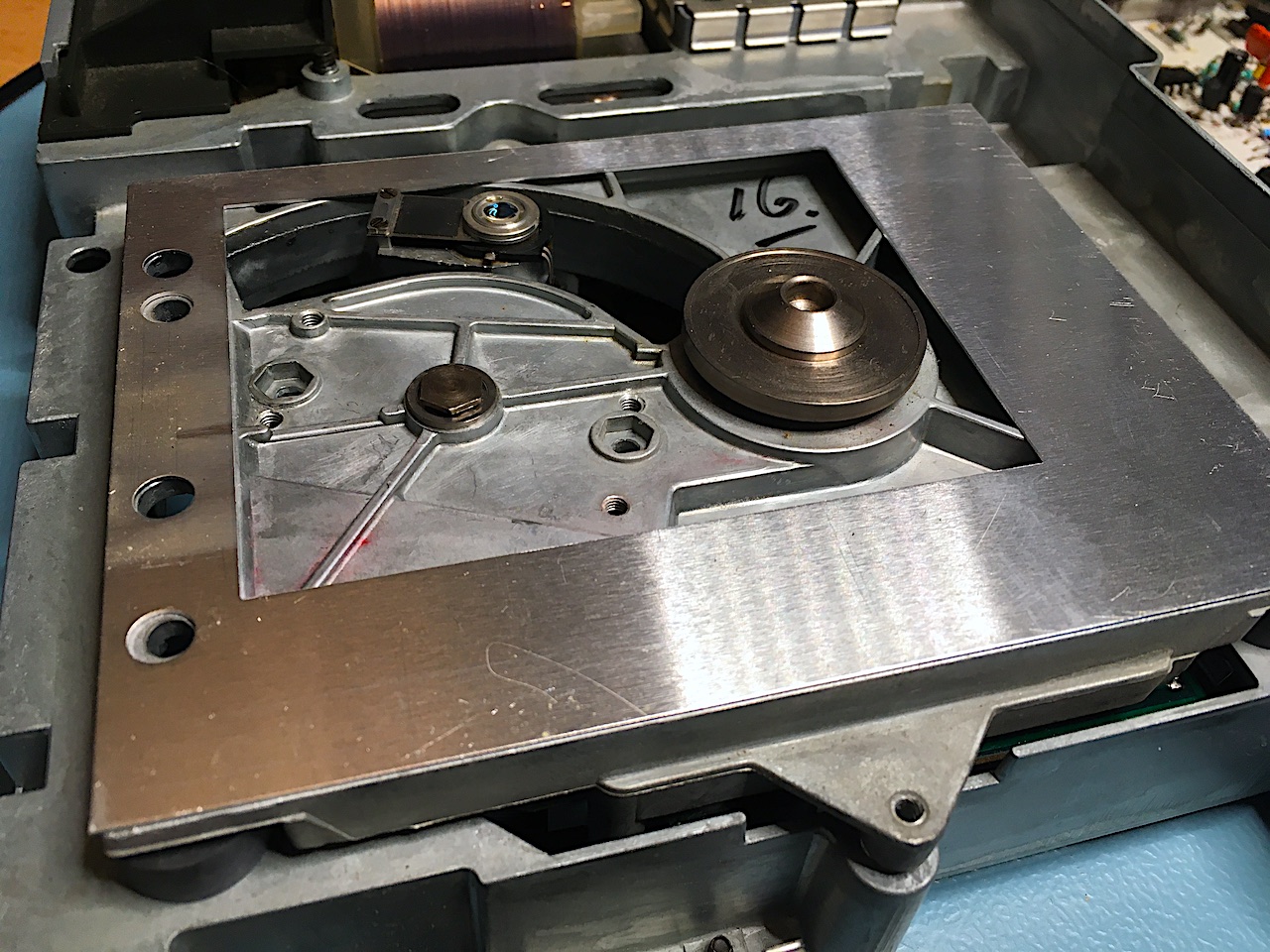 The main problem was a faulty LM324 in the track detector. it was oscillating 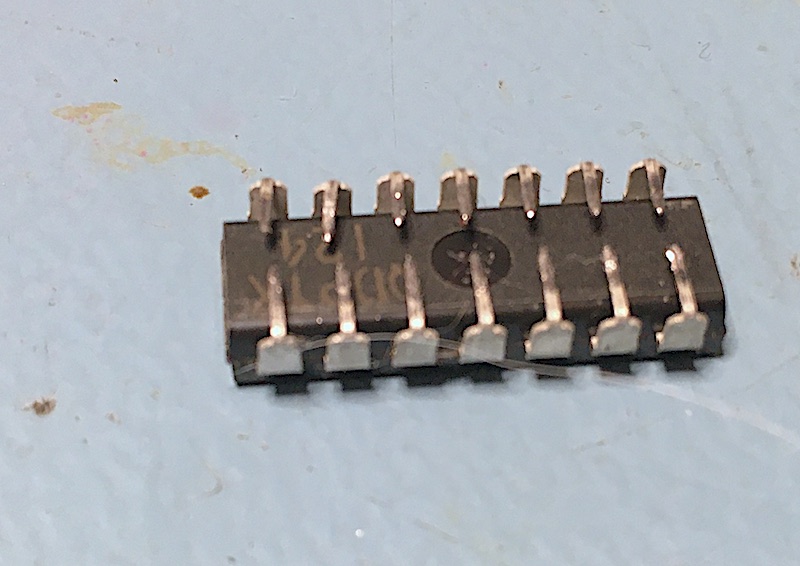 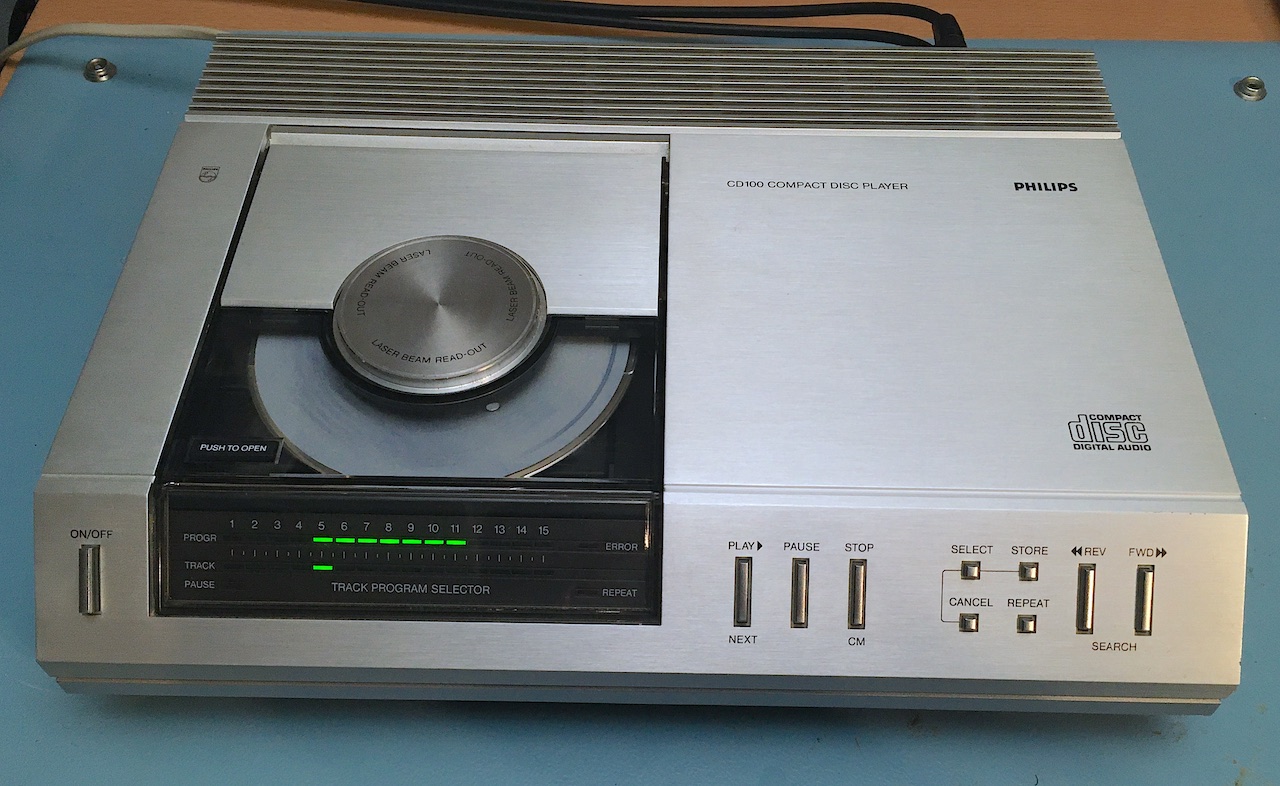 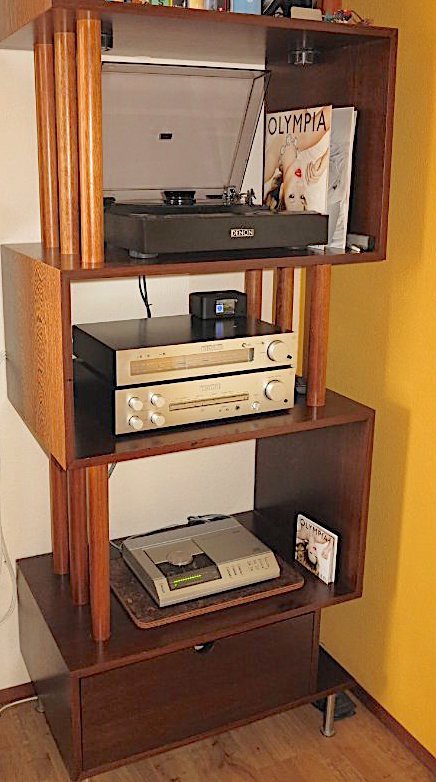 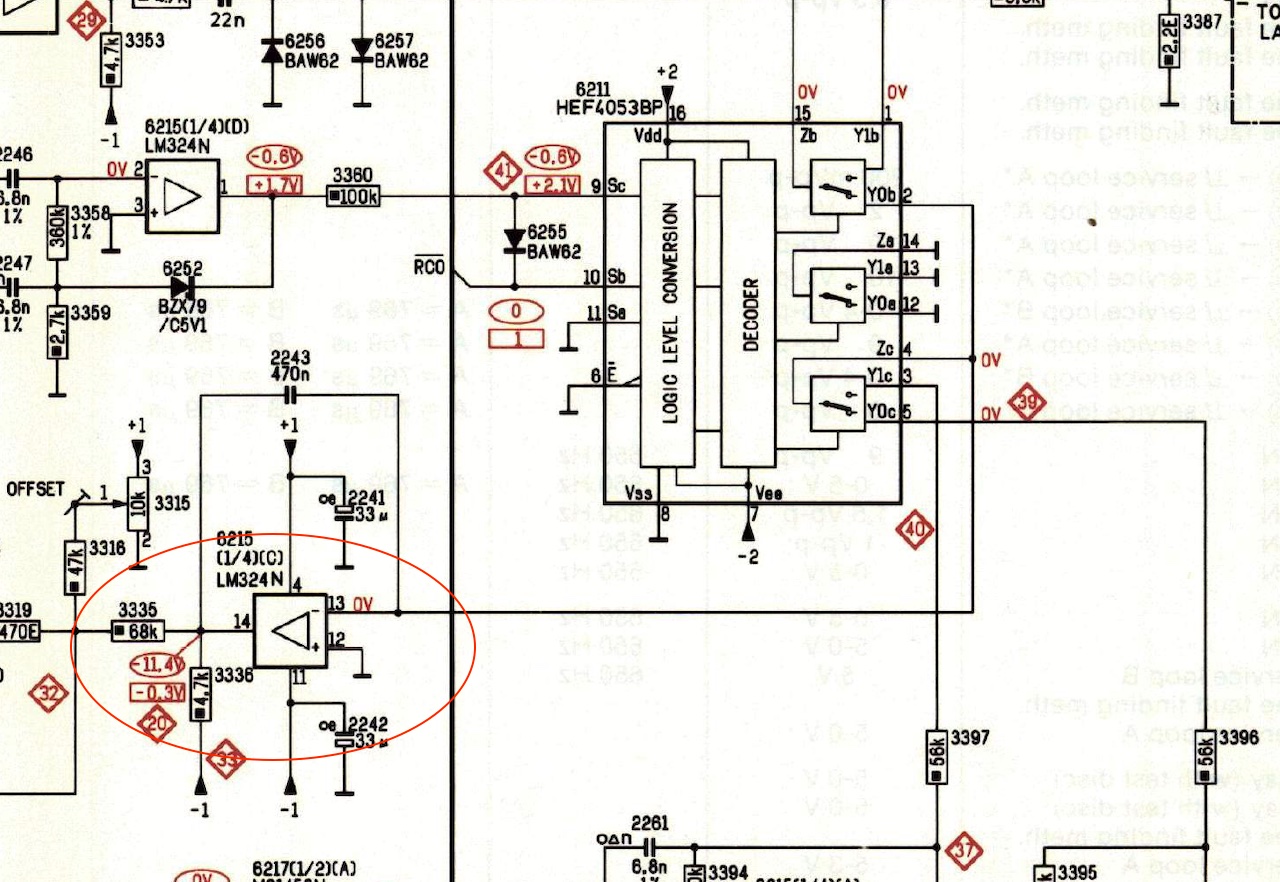 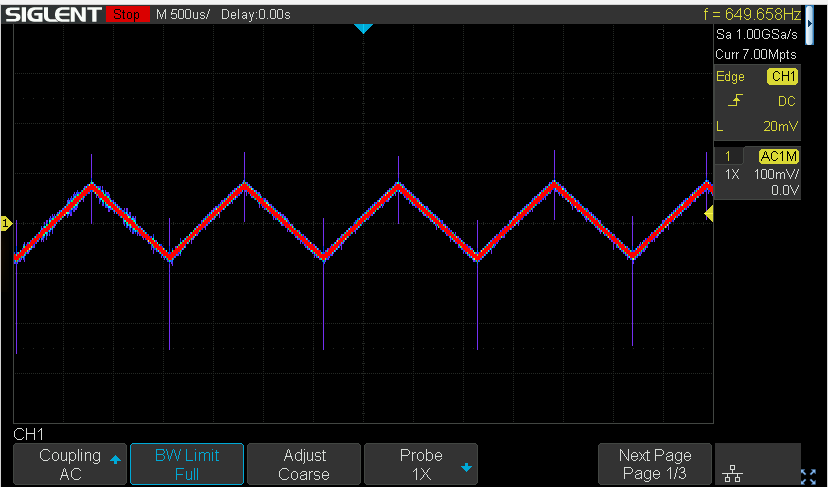 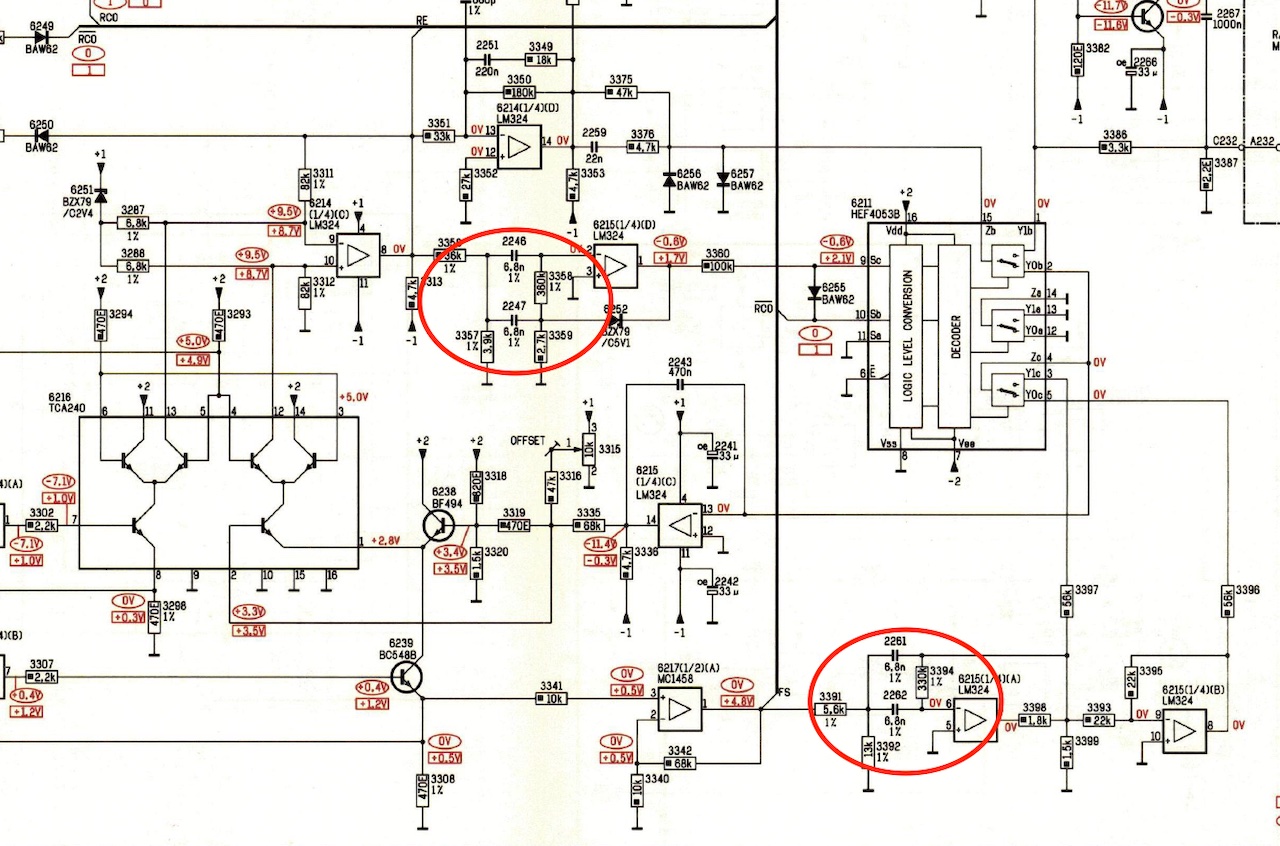 After replacing 6n8 the players is working fine again.. 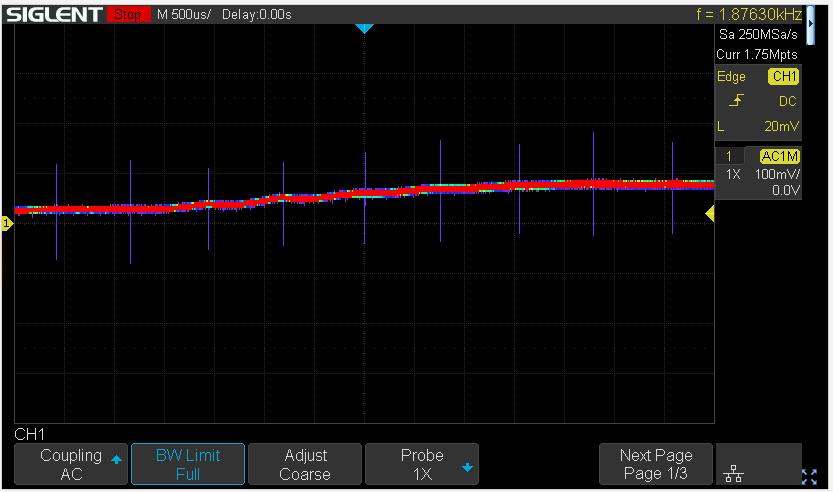